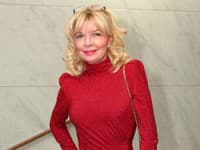 Zuzana Ťapáková studied theater and cinema at VŠMU, where she later taught theater history. She also worked at the Slovak Radio, in the Methodology and Research Cabinet and later in the advertising agencies GGK and MARK/BBDO.

In the past, she was director of the Markíza Television Marketing Center, promoting public television, strategic planning of the image within public relations and corporate identity. From 2010 to 2013 she was general manager of Markíza television. She takes up her position as director of the marketing section of the RTVS on August 16.

“I sincerely look forward to working at RTVS and I believe that in this environment I will be able to use my previous experience and knowledge in the field of culture and media. In particular, I hope that through my activity and my work, I will contribute to the realization of the intentions and ideas that Mr. Director General Ľuboš Machaj presented in his project, and which I consider the basis of public law,” said Zuzana Ťapáková.

“I have already stated several times that I want to work in management with people with whom I have had good working experiences in the past. I worked with Ms. Zuzana Ťapáková many years ago at the Slovak radio , later we were in working contact during his work at TV Markíza. He is, in my opinion, a person who, as one of the few in the Slovak market, knows the structure of television, is able to evaluate the release of individual formats and knows how to find new ways of marketing in external and internal communication. . I am convinced that he will be a support for RTVS and a person who will move things forward”, said the CEO of RTVS, Ľubos Machaj.