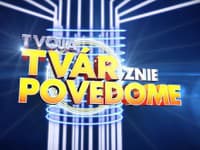 Although Attila is not one of the entertainers and comes from a completely different industry, he can win over audiences and is undoubtedly a great showman. And with that, he probably convinced the creators themselves. The wrestler was part of the last series of Let’s dance, where he competed as a dancer, but before that, Markíza immediately threw him into several projects, where he was invited, so to speak – he also appeared on the firm, for example.

Well, that’s the thorn in the side of some viewers. They think it will go the same way it did with other famous faces that Markíza has involved in several back-to-back shows. And people just ate them. “God, it’s gonna be like with Evelyn or those young Mr. Professor. It’ll be all over the place in a bit,” read one of the comments in the chat.

Attila Végh in the show 2 against 1.
Source: TV Markiza

“They wouldn’t have to push it everywhere. At least for a while,” Ms. Jana thinks. “First Farma, then Let’s Dance, now this. And I already see that in six months they will give her something to host,” viewer Miroslav wrote. However, despite many negative comments, it should be noted that others are extremely happy with Attila.

“So, for example, I’m going to turn on Tvár just because of him” or “Oh, I can’t wait for Attilka. There will be reports that I’m going to cry”, are just a few comments from the more positive camp. Well, as they say – 100 people, 100 likes. And you, what do you think of a wrestler becoming a judge?

Harsh criticism from Markíza: The public gave THAT man… STOP PUSHING HIM EVERYWHERE!