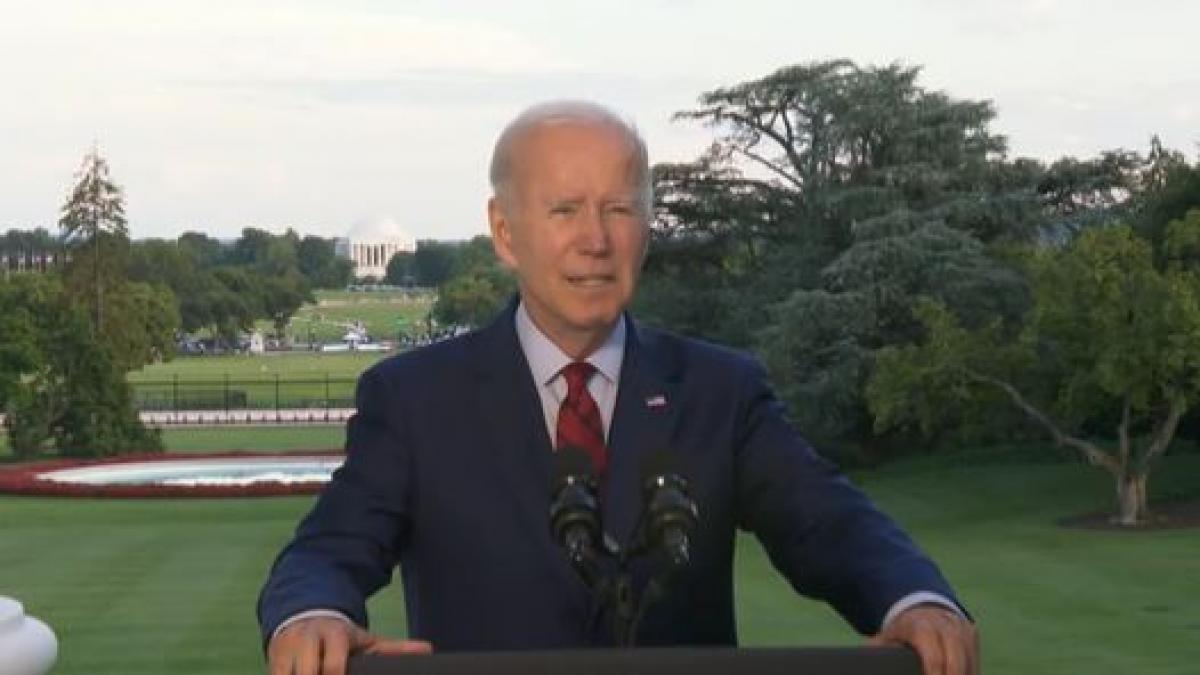 The President of the United States, Joe Biden, has confirmed the drone airstrike carried out as part of an anti-terrorist operation in his country and the life of Ayman Al-Zawahiri, leader of the Al-Qaeda and US terrorist group , has ended successor to Osama Bin Laden.

“The operation was a success,” Biden said in a speech from the balcony of the Blue Room of the White House, televised live to the American people. The US President has assured that Al Zawahiri was located earlier this year when he moved to Kabul “to be close to his family members” and that he gave clearance for the mission to kill him a week ago. “Justice has been served and the world no longer fears this ruthless killer,” he said.

Biden addressed “all those around the world who seek to harm the United States,” assuring them that their country will always remain vigilant and ready to act when it comes to defending the safety of American citizens. “No matter how long it takes, no matter where you hide, if you pose a threat to our people, the United States will seek you out and eliminate you.”

No matter how long it takes, no matter where you hide, if you pose a threat to our people, the United States will seek you out and eliminate you.

Al Zawahiri was killed at a residence in Kabul on Sunday morning, at 6:18 am local time to be precise, when he was on the balcony of the residence where he was staying and a drone fired two Hellfire missiles at him.

According to the White House, only the leader of al-Qaeda died in the operation and there was no collateral damage, not even members of his family staying with him, which Biden himself had insisted on on numerous occasions and which he had set as one of the conditions to continue the attack.

Biden’s approval was granted days before the attack, on Monday, July 25, after several weeks of meetings with his military and intelligence leaders. US intelligence had been confirming for months through multiple sources and various methods that it was indeed Ayman al-Zawahiri who lived in this house, which he never left and was only revealed on the balcony.

According to a senior US government official speaking to journalists, the US has “a high level of confidence” that Al Zawahiri lived in this house in Kabul.