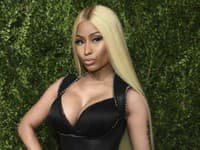 Rapper Nicki Minaj has received another blow following the death of her father last year. The driver who killed him has already heard the amount of his sentence. Pensioner Charles Polevich pleaded guilty to two serious crimes – leaving the scene of an accident without reporting it and tampering with evidence.

Yet he walked away from court with a ridiculous sentence. It was literally a slap in the face for the bereaved family. He only received a year in prison, a 6-month driving ban and a $5,000 fine. Originally, he was threatened with up to 7 years behind bars. However, Judge Howard Sturim decided to reduce the original sentence.

In February 2021, Polevich hit Robert Maraj with his car, which was driving around Long Island. He fled the scene of the accident, did not provide first aid and did not even report it. Additionally, he tried to hide the deadly device in his garage. Nicki Minaj’s father has been taken to hospital in critical condition. He eventually succumbed to his injuries.

A huge blow for Nicki Minaj: The man who killed her father (†64) already knows the PUNISHMENT… It’s ridiculously short!