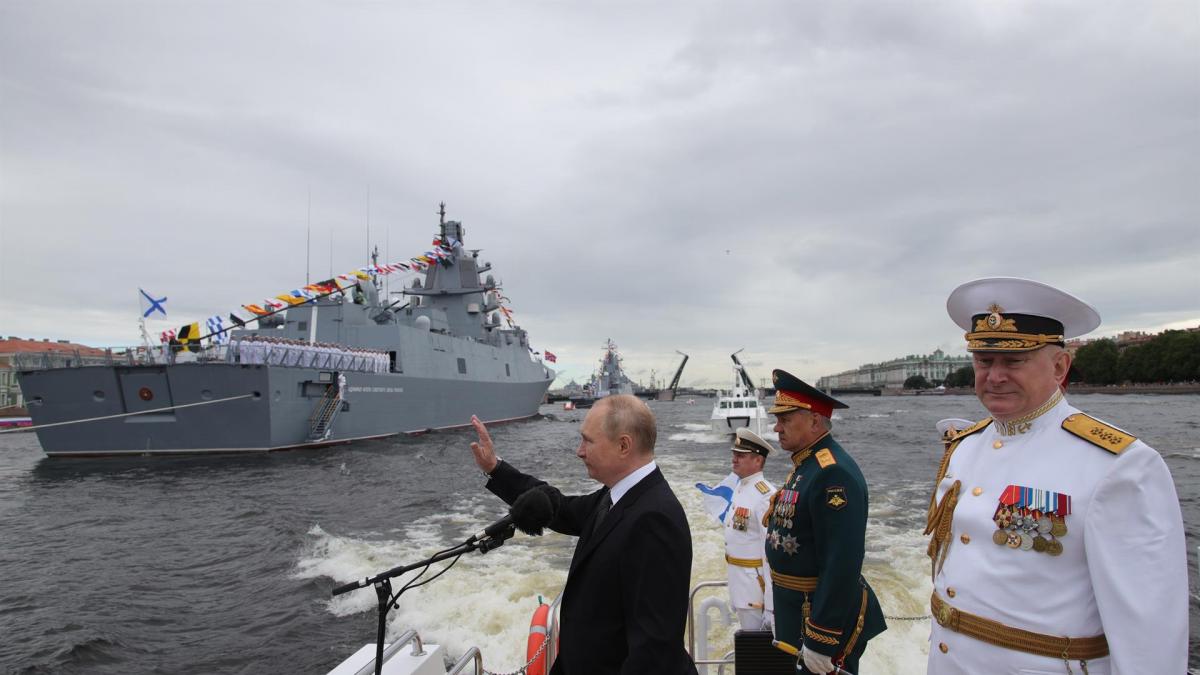 Russia this Sunday announced plans to establish new military bases in the Mediterranean, Asia-Pacific, Indian Ocean and Persian Gulf under the new naval doctrine approved by President Vladimir Putin, which the United States considers the greatest threat to him Security.

Moscow sees the lack of sufficient bases outside its borders, which could receive and supply its ships and carry out repairs and technical maintenance, as the “main risk” for its navy.

Moscow wants not only to guarantee the constant presence of the Russian fleet at the Tartus naval base in Syria, but also to build fleet maintenance centers “on the territory of other countries in the region,” which include countries in Africa and the Middle East.

These bases will also be opened in countries of the Pacific and Indian basins, as well as the Red Sea, with whose countries Russia has been trying for years to forge strategic cooperation as an alternative to its traditional European partners, which it faces in the Ukraine campaign.

The Kremlin is preparing to solve one of the main shortcomings of its fleet in decades, the construction of aircraft carriers.

He believes the “biggest challenge” to his national security is the US strategy of ocean domination, which includes restricting Russia’s access to marine resources and communications.

Moscow accuses Washington of pursuing the “undeniable hegemony” of its navy, which goes hand in hand with territorial claims on Russian coasts and islands, the convergence of NATO infrastructure and the increase in naval maneuvers.

For all these reasons, Russia also intends to accelerate and diversify its activities in Arctic waters from the archipelagos of Nova Zembla, Francisco José and Svalbard (of Norwegian sovereignty) or Wrangel Island.

One of the Kremlin’s priorities will be to become one of the leaders in exploring and exploiting the resources of the Arctic territory, particularly Russia’s continental shelf, which other countries that accuse Russia of militarizing the region are also aiming for.

And also control the activities of other countries in the so-called Arctic route, which Putin is proposing as an alternative to the Suez Canal.

The doctrine highlights that “important areas” where the Russian fleet must ensure national interests from an economic point of view and national and strategic security are: the Black Sea and the Sea of ​​Azov; the eastern Mediterranean; the Baltic Sea and the territory of the Kuril Islands (over which Japan claims sovereignty) and the axes of sea communications to the continents of Asia and Africa.

In the future, the Russian Navy also wants to ensure uninterrupted access to the Baltic enclave of Kaliningrad, which is now heavily dependent on the land transit of goods through the Baltic States.

Both the Navy’s aircraft carriers and large spacecraft for Arctic exploration would be built at future shipyards in Russia’s Far East, with capital in Vladivostok, the doctrine said, replacing the one approved in 2015 after the annexation of Crimea, which has greatly deteriorated Relations between Putin and the West.

“We have openly marked the borders and areas of Russia’s national interests, both economic and strategic, which are of crucial importance,” Putin said during his speech at Army Day in St. Petersburg. “We will firmly and by all means guarantee their defense,” he added.