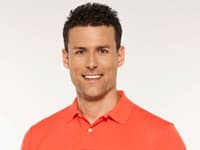 Since 2013, Varinský has been in a relationship with her television colleague Lenka Perželová, who is the editor-in-chief of Reflex. The couple became parents in September 2020, but the fact that the friendly dark-haired woman gave birth to a daughter named Lyrianna was not known until more than six months later.

And now the Marquis couple have pulled off another hussar ride. The couple stood together at the altar, where they said “yes”, and so they officially became a family. The fact that Lenka and Peter got married was revealed in Športové noviny, where Janka Hospodárová, so to speak, “bounced” them during the regular chronicle “Dude at the end”.

“A trio of brothers looking so beautifully at their future together. So shall we show them? Today Peťo Varinský married our colleague from Reflex, Lenka Perželová, and we wish them and their lovely daughter, endless happiness and love,” the presenter announced, before wedding photos of the Varinskýs and their adorable baby girl began to appear on screen behind his.

We warmly congratulate the newlyweds and wish them much happiness and love!