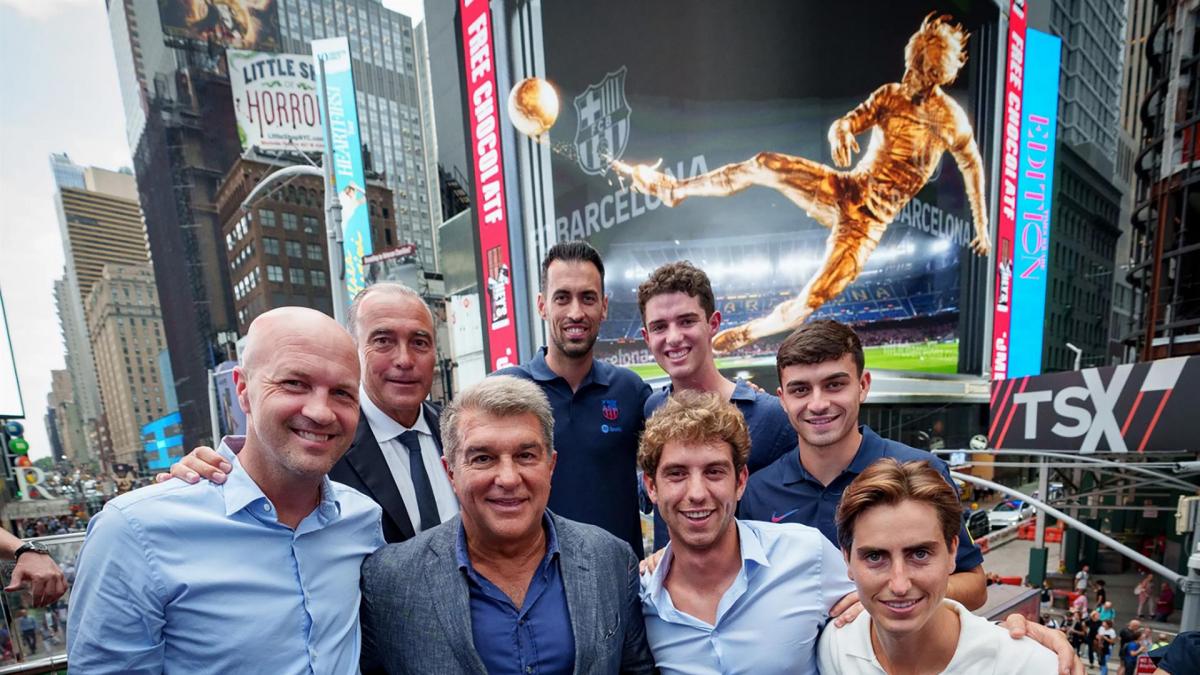 FC Barcelona sold its first non-fungible token (NFT) on Friday at Sotheby’s auction house in New York for $693,000, commissions included, on the eve of its club friendly against New York Red Bulls.

The NFT’s title is immortal in a way, commemorating Cruyff’s legendary goal against Atlético de Madrid at the Camp Nou in 1973, when the Dutchman soared in the air and passed goalkeeper Miguel Reina in an acrobatic move that went down in football history

The buyer of the piece, who bid $550,000 and whose name has not been released, will receive special treatment from Barcelona, ​​with VIP experiences and recognition as a Barça Digital Ambassador, the team said in a note.

Opening the auction to the live public, Sotheby’s representative, who was set to win the highest bid, noted that this is the first of a planned series of ten NFTs celebrating “iconic moments” in the club’s history .

The sale opened on July 21 via the web, but the price went up exponentially once it got to the face-to-face format with a bidding war that started at around $150,000 and took less than five minutes to complete final offer arrived. .

Barcelona President Joan Laporta took the stage before the action began to thank the Cruyff family for their collaboration, pay tribute to the Dutch player and express his wish that through this work he will live “forever will be remembered”.

Yesterday, Thursday, the President met Jordi Cruyff and players such as Sergio Busquets and Pedro González “Pedri” in Times Square to start the countdown in front of a giant screen shot by the character of Cruyff, the tourist with his art image surprised.

The busy square of the Big Apple is lit up in the colors of Barcelona these days and Cruyff’s NFT announcement will be broadcast 334 times a day until this Saturday, the day of the friendly against the Red Bulls, ending the club’s United States tour.