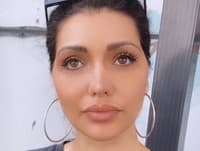 Dáša Šarközyová owns two dogs – both are pit bulls. However, in mid-July, the singer learned that one of them had serious health problems. When the vet informed her that female KC was performing very poorly and didn’t look well at all, the brunette couldn’t stop crying. And animal lovers certainly get it, because dogs are rightful members of the family.

But the real scare came on Thursday. Her beloved KC underwent a serious operation. “Right now we’re taking it pretty badly,” the singer admitted. In addition, the woman was in so much pain after the procedure that she refused to lie down. “Since yesterday 4:00 p.m. you haven’t sat down, you haven’t gone to bed. He stands or walks for 19 hours at will. We don’t know how to help him,” Daša described in his despair.

A sleepless night awaited the family. “As for the post-op gown, I took it off at two in the morning because I thought she might be bothered by it. She’s obviously relieved, but still doesn’t want to sit/lay down. Personally, I think she’s bothered by the outlets she has and the blood coming out of them. Maybe they’re pushing her, I don’t know,” she expressed her concerns.

“But they won’t let her go until Monday, and I’m afraid she won’t be exhausted by then. In the morning we immediately went to the doctor and he said it was normal and we We had to give him the shirt back.” The situation changed only after 25 long hours – the sore woman finally lay down. And so, hopefully, the singer and her family will soon be able to enjoy a healthy dog ​​again. Crossed fingers!